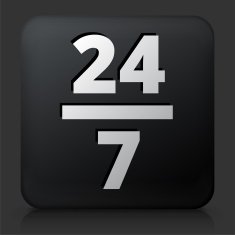 Until recently, I had never heard the term “numeronym.” When I realized what the word signifies, I was dumbstruck. I have been on the planet and in the software industry for decades, yet missed this seemingly common and appropriate term. How could I have missed this? Does this mean that I am a fake? An imposter? A p3r (poser)?

Clinging to the hope that I am not the only person to meet “numeronym” later in their life, I will define it:

A numeronym is a number-based word. (From Wikipedia)

Seems simple enough, right? Also, we use them all the time in the software industry. A few examples:

Indeed, you’ve seen those before. Well, at least the first two. The last one I only found doing r6h(research) for this article. These numeronyms are some of the most common, leading me to believe that they all follow the xNx pattern where x is the first and letters of the word and N are the number of letters therein. Guess what? That was i8t (incorrect).

There are many other numeronyms all around us in this industry. Such as:

Thus, I learned that numeronyms exist for more reasons than to shorten long words for lazy writers. Sometimes, they replace repeated letters (WWW). In other instances, numeronyms represent the number itself, as in 3-Dimensional. The last example was a bit of a surprise since it replaces an entire phrase, and there isn’t an actual letter in the numeronym.

I did stumble across a couple of new favorites while searching around the internet.

This numeronym represents the latest potentially world-ending computer bug. Each computer has an internal clock that counts the seconds since January 1, 1970. On 32-bit systems, this clock reaches its maximum value on January 19, 2038, at 03:14:07. The next increment will reset the clock’s value to a very negative number, forcing said computer to think it is now in December of 1901, which is, ironically, a Friday the 13th. This, as you might imagine, is a bad thing.

Short for “thank you” (ten queue.) I definitely lol’d when I read this one from this Wordnik page.

Completing my dive into numeronyms, I’d like to offer some suggested new entries into their number (HA! See what I did there?)

It’s a bit selfish, but I have four children, and typing out their names all the time is just a chore. I want to refer to them as follows:

I have taken two approaches with the numeronyms here: The standard letter replacement vs. their birth order. The issue has me conflicted, so maybe I should ask j2l (my wife.)

As a massive comic book nerd, it’d be “cool” to refer to my favorite heroes as numeronyms, which has the bonus of cheaper tattoo costs.

After all, I write a technical blog, so having a few new tech-based numeronyms seems apt.

It is my highest hope that this was your introduction to numeronyms. Regardless, I’d love to hear some of your favorites or suggested additions in the c5ts.